Nobody Saves the World Multiplayer Reveal

We’re excited to finally announce that our new Action RPG Nobody Saves the World will allow not just one, but two Nobodies to save the world. That’s right -- the game will arrive with TWO-PLAYER ONLINE CO-OP when it launches in EARLY 2022! Twice the weird baby-lookin’ heroes! Twice the form-switching magic wands! Twice the Calamity-battling fun!! 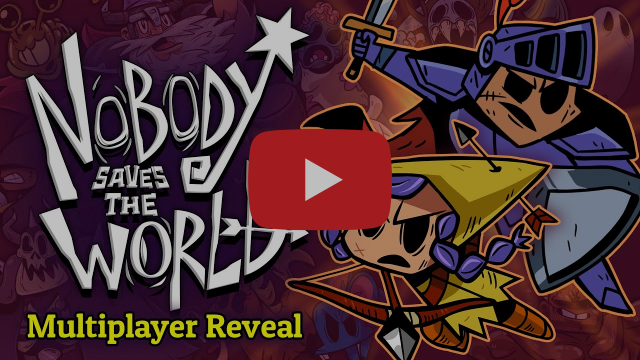 Co-op works just like the main game, except you’re playing with a buddy. That means both of you can complete quests to level up, battle through unique dungeons, and mix-and-match abilities from different Forms. But since players can be separate Forms, each with their own customizations, there’s a whole second layer of synergies that gets unlocked in multiplayer.

We’ve been testing co-op every day for the past 6 months-ish, so we can say from experience that there’s a lot of fun stuff you can do with two players:

🧟🐰Fill the screen with animal and zombie familiars
🐎🐎Knock enemies back-and-forth between you with the Horse’s powerful Kickback ability
🛡️🏹Use the Guard’s Shield to provide cover for the Ranger’s Arrow Flurry
📿🧜‍♀️Combine the Monk’s close-range fighting skills with the Mermaid’s aquatic mobility to dominate land and sea simultaneously!

This is only a small taste of what the game has to offer, and we can’t wait for you and your friends to dig in and experiment.

It’s really easy to hop in-and-out of multiplayer too, since it uses your single-player saves. Want to make some progress in single-player, call in a friend for help with a dungeon, and then continue your game solo where you left off? You can!

If you’re playing on a Microsoft platform, Nobody Saves the World is cross-play compatible, so you can play with your friends across the Xbox Series X|S, Xbox One, and Windows 10 devices over Xbox Live. 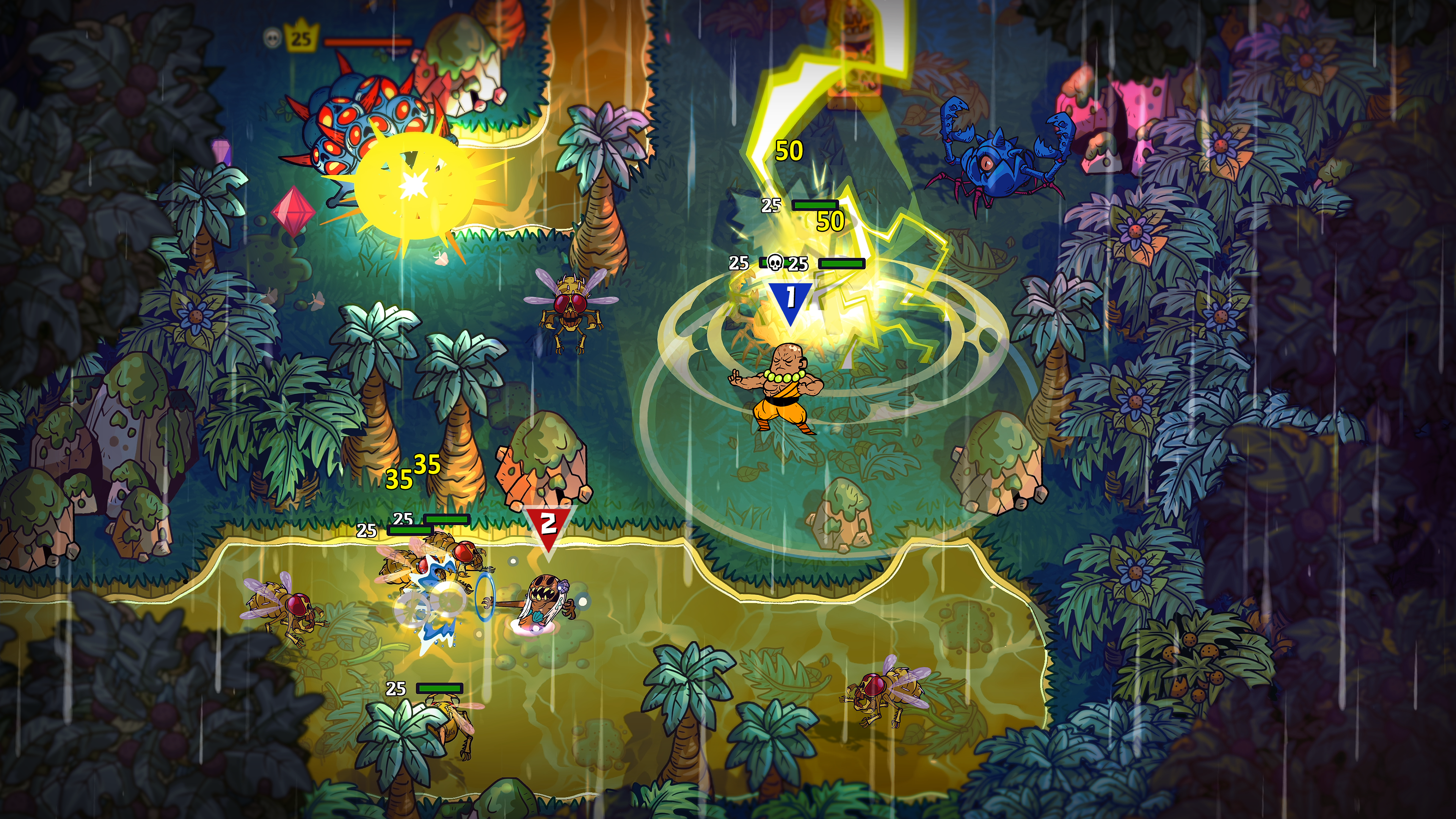 We’re so pumped for you to explore this world, meet its characters, and defeat the Calamity with a friend! Nobody Saves the World will be launching in early 2022, and will also be available on PC (via Steam or Windows 10 Store) and Xbox/PC Game Pass at launch.

Wishlist us on Steam and be notified when the game launches. Every wishlist we get helps our visibility when we launch, so we really appreciate it if you're able to take the time to do so!

You can also join our Discord and be the first to hear about Nobody Saves the World news and updates!